Bearer of the Falcon's Heart 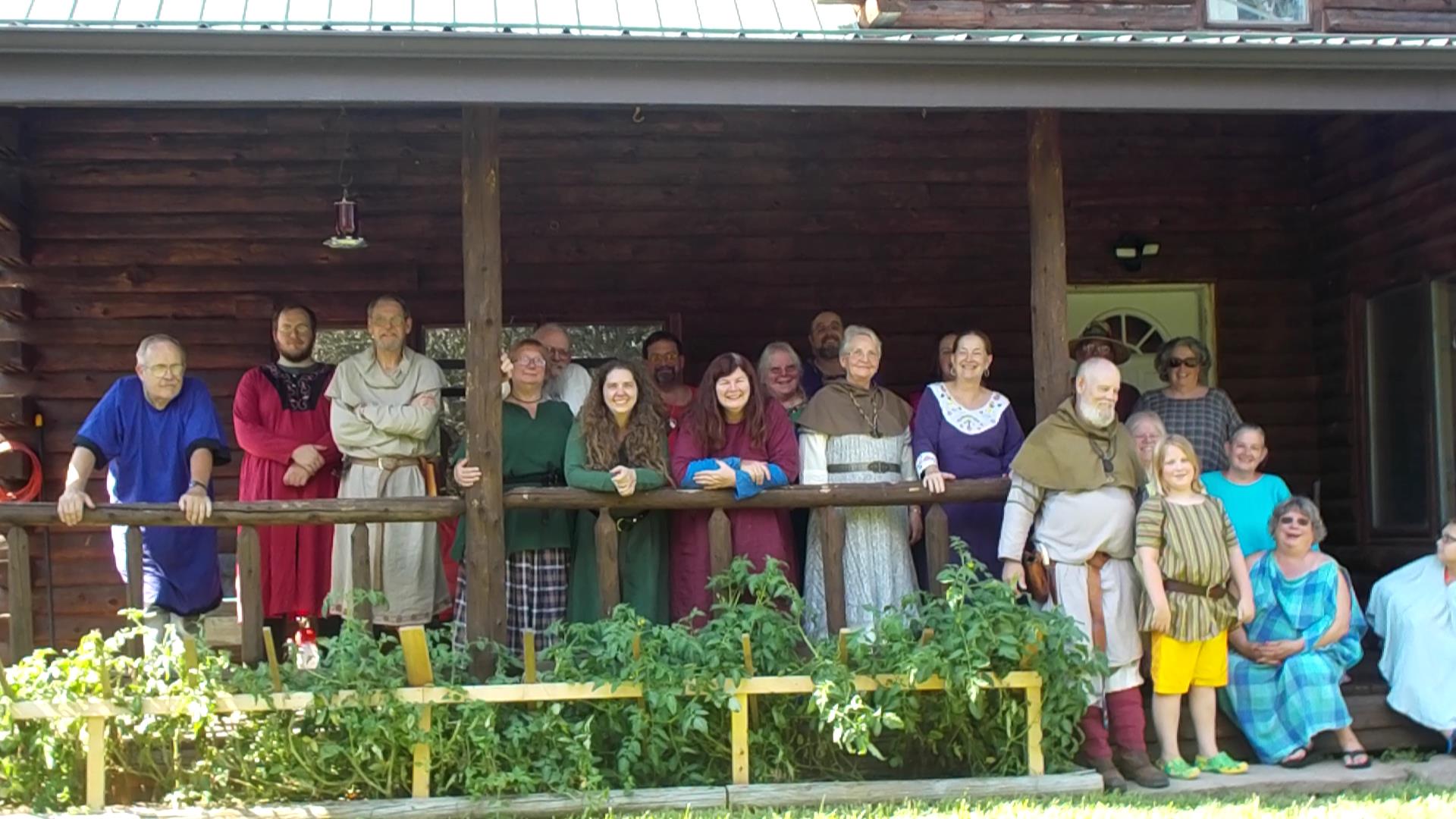 The Shire of Calanais Nuadh at the Shire Picnic, August 2017
(Some members are missing.)

The Shire of Calanais Nuadh is one of many of the local groups of the Kingdom of Calontir, which in turn, is one of the kingdoms of the Society for Creative Anachronism (SCA).

The SCA is an international organization dedicated to researching and re-creating the arts and skills of pre-17th-century Europe. Our "Known World" consists of 19 kingdoms, with over 30,000 members residing in countries around the world. Members, dressed in clothing of the Middle Ages and Renaissance, attend events which feature tournaments, royal courts, feasts, dancing, various classes & workshops, and more.Click here to visit the SCA Newcomers' Portal. (Site will open in new window or tab.)

The Shire of Calanais Nuadh is located in the southern central part of Missouri and is composed of the locations that have a 654xx or 655xx US Postal Zip Codes. (See map.)

Come to a meeting!

Visit us on Facebook at https://www.facebook.com/ShireOfCalanaisNuadh/ . (Site will open in new window or tab.) Or email an officer for information.


Congratulations to Her Ladyship Nest Ffynon, who was inducted into the Order of the Calon Cross at Gulf Wars, March 15, 2019!


DISCLAIMER
This is the recognized website for the Shire of Calanais Nuadh of the Society for Creative Anachronism, Inc. and is maintained by Lady Margery of Penrith(Leanne Geer) . This site may contain electronic versions of the group's governing documents. Any discrepancies between the electronic version of any information on this site and the printed version that is available from the originating office will be decided in favor of the printed version. For information on using photographs, articles, or artwork from this website, please contact the Webminister at margeryofpenrith@gmail.com. The Webminister will assist you in contacting the original creator of the piece. Please respect the legal rights of our contributors.

Copyright © 2020 Shire of Calanais Nuadh. The original contributors retain the copyright of certain portions of this site.